We are currently offering in-person and on-line language courses. We'd love to learn more about your language-learning goals. 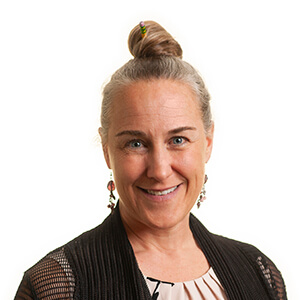 In 2003, Kim took a “brief” hiatus from teaching public school. While staying home to raise her young children, she started a Spanish language program in Ballston Spa called, Las Mariposas. What began with one adult and one children’s class per week, quickly grew to several group and private Spanish classes. Before too long, more instructors joined the team, additional languages were being offered, the school’s name changed twice, finally settling on Capital Region Language Center (CRLC), and a second location opened in Colonie. That “brief” hiatus was 18 years ago. In addition to serving as the school’s director, Kim loves to travel, garden, spend time with family and friends, walk the dog, raise chickens, read, and do yoga. She hopes that you will consider joining the CRLC family either as an instructor or a student. 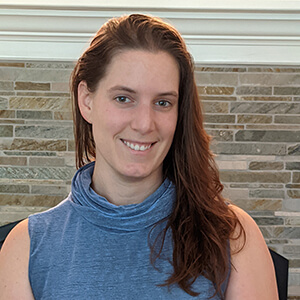 Rebecca is an avid language learner and teacher, a Certified Medical Interpreter and Translator, whose passion is traveling, interpreting and pretty much using languages every day of her life. She loves encouraging others to take on the challenge of learning new language and culture skills and focuses on taking what you learn and getting to put it to active use. She interprets, translates and teaches French, Spanish, Portuguese, Italian, and Haitian Creole, and has experience teaching those languages as well as German, Polish, Russian, American Sign Language and Arabic. Rebecca hopes to further her own knowledge in new languages and cultures, and hopes to motivate others to dive into a new language themselves and feel confident enough to speak with native speakers.

Gloria Batista was raised in New York City in a Spanish-speaking household and is bilingual. Her roots are Puerto Rican and Spanish. She received a B.S. from the University at Albany in political science with a Minor in Spanish and previously worked with the New York State Department of Labor where she translated and interpreted for Spanish speaking applicants. She loves teaching the preschool and elementary Spanish classes with Capital Region Language Center and makes her classes come alive with boundless energy. 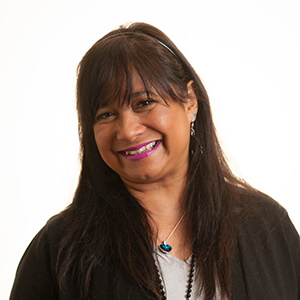 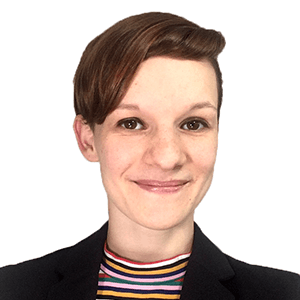 Aidan Bardos holds a Certificate in English Language Teaching to Adults (CELTA) from the University of Cambridge and a bachelor’s degree in African American Studies and Feminist, Gender, Sexuality Studies from Wesleyan University. They have taught English as a Second Language in a variety of settings and age groups including a local refugee and immigrant services non-profit organization. Aidan is passionate about supporting and inspiring students in their ESL journeys and teaching about U.S culture and history while learning about the languages and cultures of their students!

JH Cho came from South Korea with her family in 2013 for her husband’s job. It was her first time living in another country and she didn’t yet speak much English. She first found Capital Region Language Center and Empire State English as a student and took English as a Second Language classes with ESE. Now, she can communicate with friends in the U.S. and from other countries and she continues to learn English and about American culture. JH has discovered that she loves to learn and loves to teach. 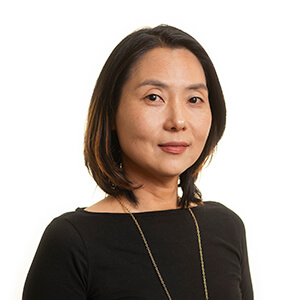 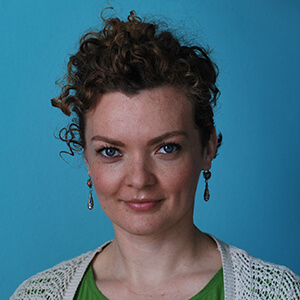 Liana started teaching English as a Second Language in 2009 when she changed her career from technical recruiting to teaching. She taught English for Academic Purposes at the City University of New York (CUNY) for 5 years. She then lived in Turkey for 3 years, where she worked at a top-rated university teaching English to freshmen students. Liana loves languages and speaks Spanish, Romanian and other Romance languages, as well as some Turkish. She holds a BA in Psychology and an MA TESOL from the City College in New York.

Jill Dugan grew up in New York and graduated with a degree in Secondary Education and Spanish from SUNY at Cortland. She spent a year studying in Salamanca, Spain, and began teaching Spanish in 1978. Jill received a Master’s in Secondary Education from Albany University in 2004. While much of her experience lies in teaching middle schoolers and high school students, Jill also teaches elementary students and adults. Jill has led student trips to Mexico and Spain, has spent several summers in Argentina, and enjoys dancing, hiking, and sharing her passion for cultures with others. 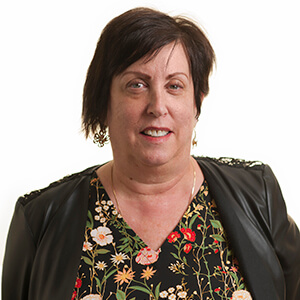 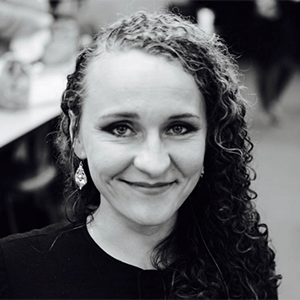 Evelin Falciano is a German native who relocated to the Capital Region in 2016. She is a trained German, ESL, and Philosophy teacher from the Dresden University of Technology. For 10 years she has been working with learners from all age groups and different kinds of language institutions. She loves meeting language students from all over the world, learn about their cultural background and help them to dive into new opportunities by teaching them German and English.

Nina Fleishman has taught English as a Second Language in a variety of settings for more than 35 years. Prior to earning her M.S. in TESOL from SUNY Albany in 1983, she majored in French and Russian at Macalester College in St. Paul, Minnesota. Nina has studied and traveled in Europe, Asia, and South America, and is fascinated by the relationship between language and culture. As an ESL teacher, she enjoys helping learners gain proficiency in English as well as an understanding of U.S. culture. 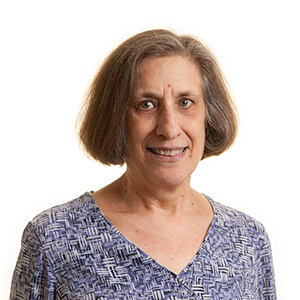 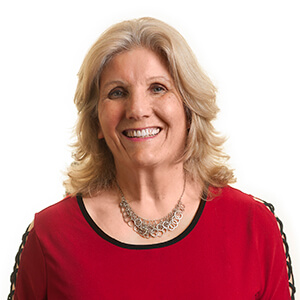 Nassra Hamid was born in Palestine and grew up in Jordan. She is a native Arabic speaker who has taught both children and adults in Amman and Kuwait. Her passion for teaching her mother tongue shows in her teaching. Nassra offers classes in Modern Standard Arabic and Levantine, her dialect.

Rita Hausman is a NYS certified public school teacher of English with Masters degrees in Reading and English. She spends her days immersed in teaching English in fun and inspiring ways. Her love of reading and writing has helped her create engaging ESL lessons for children. A thematic, organized approach to teaching writing helps students from other countries produce papers and essays for a US audience. Rita’s commitment to the study of Latin stems from her love of the language’s powerful advantage in building grammatical and linguistic concepts. Rita understands and appreciates the importance of Latin to the English language as well as the Romance languages. In deeply enhancing the language learner in both grammar and rich vocabulary practice, Latin study offers a keen sharpening of the mind by building logical thinking skills. 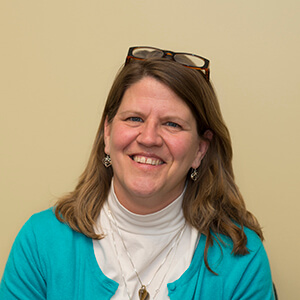 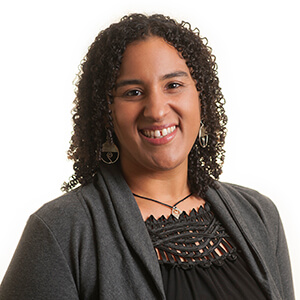 Kayani Ilse’s inspiration and passion for American Sign Language began when her family adopted a deaf child. The joy she experienced learning and communicating in ASL blossomed into a deep love and respect for sign language and the deaf community. Kayani has earned both a Bachelor’s degree in American Sign Language Interpreting and a Master’s degree in Teacher Preparation with a concentration in Deaf Education. She has more than ten years of professional experience as an educational ASL interpreter. She is a credentialed K-12 teacher of the deaf. She believes learning should be fun, engaging, and authentic to each individual. Kayani is looking forward to sharing her love of ASL and deaf culture with you.

Sonya was born in the United States but raised in South Korea until she came back to the States for her graduate school. She holds a BA in History and English language & literature from Korea, and earned her MA in TESOL from the University of Pennsylvania. She volunteered teaching English, especially for adult immigrants, in a variety of settings while she was in Philadelphia. She also developed TOEFL prep books when she went back to Korea after she finished her studies in Philadelphia. 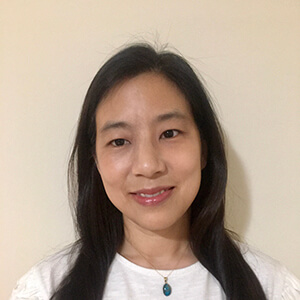 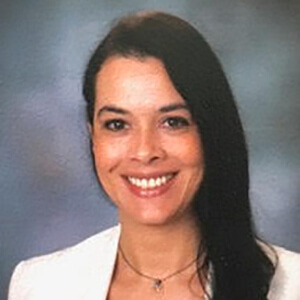 Milena is from Brazil and came to Albany for the dual degree program at Siena College. Her language background includes Portuguese, English and Spanish. Recently graduated, she has a Business degree with a concentration in International Business and Strategic Communication. She is working as an administrative assistant for CRLC.

An Albany native, James not only teaches Spanish but also has always been a learner of the language himself. He lived in Spain for nearly four years where he completed a master in Spanish and another in International Relations. James loves to teach because it allows him to share his passion for both the language and Hispanic culture. 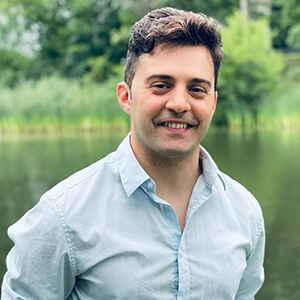 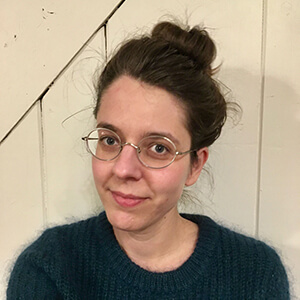 Annika Nerf grew up in Germany, speaking German at home. She laid the foundation for her foreign languages – English, Latin, French and Spanish – in German high school. Traveling and working in different European countries have allowed her to deepen her language skills. She has lived parts of her life in Scotland and the USA, where she now lives in a bilingual household. She is working towards her PhD in English and Creative Writing at SUNY Albany. She loves connecting with her students and teaching languages, particularly her native tongue German.

Tom Nygren has over ten years’ experience teaching ESL in a variety of colleges and universities, most recently at the University of Pennsylvania. Prior to that, he spent three years teaching English at Sunway University in Malaysia. He worked with Afghan refugees in Pakistan for two years during the 1980s (he also spent part of his childhood in Pakistan). He loves meeting new people and learning about other cultures and has traveled extensively in Africa and Southeast Asia. Tom has a Master of Education in Teaching English as a Second Language from the College of New Jersey and a Master in Public Affairs from Princeton University. 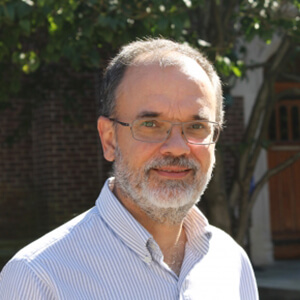 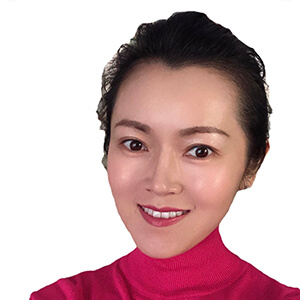 Ping Qiu teaches Chinese and Japanese at CRLC. She is from China. She has been in the U.S. for 6 years and had lived in Japan for 11 years prior to that. She is fluent in Japanese and scored the highest possible level on the Japanese Language Proficiency Test. Ping has taught Japanese and has a deep understanding of Japanese Culture. She has also been teaching Chinese, her mother tongue, for more than 8 years. She has taught Chinese to adults and elementary school-aged children. She has had a wide variety of teaching experience in 3 different countries and enjoys teaching one on one or small groups.

Miriam Rogers is a Spanish instructor at Capital Region Language Center. Miriam Rogers is originally from Peru where she was a college-level professor. She holds a certification in Teaching Spanish, a degree in Social Sciences and a Master’s degree in English Linguistics. She has been teaching for fifteen years. Her classes are fun and full of interaction. She feels that teaching is based on creating a welcoming environment where students feel comfortable and motivated to learn a new language. 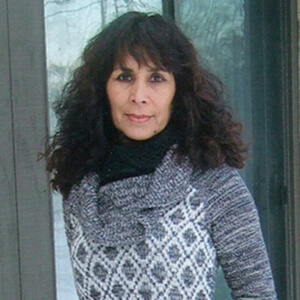 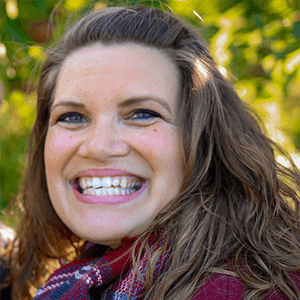 Amy has a love and passion for teaching and working with the Deaf Community. She earned her Master’s Degree from Gallaudet University. She has worked as a Teacher of The Deaf for 6 years and has taught ASL to Middle and High School students for 5 years. She is a credentialed K-12 Teacher of the Deaf. Amy believes learning ASL is very exciting and enjoys sharing her love for the language with others. She looks forward to working in CRLC’s adult and children programs and sharing her passion of ASL with you.

Linda Wien completed a CELTA degree through the University of Cambridge in 2006 and earned her MS TESOL degree from the University at Albany SUNY in 2013. In addition to teaching in the Capital region she has taught ESL in Honolulu, and as a volunteer in Guatemala and Nicaragua. She loves teaching people from a variety of cultures in diverse settings. Her passion for teaching ESL is evident in her abundant energy! 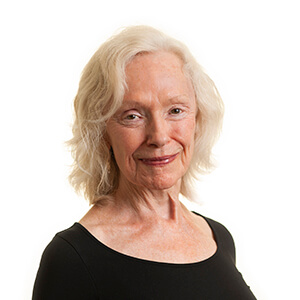